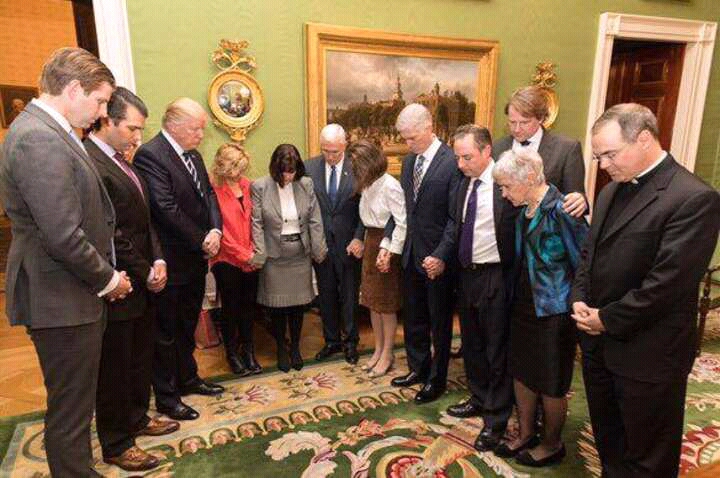 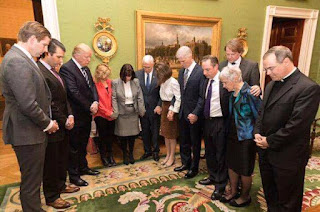 Now, for the reader of this article to understand better, let him read my previous article showing the pictures of President Donald Trump's actions in the last two weeks of his Presidency. Log on right here

Now, a Christian should understand that prophecy is in four categories and in five directions.

Revelation 10:11
[11]And he said unto me, Thou must prophesy again before many peoples, and nations, and tongues, and kings.

The five directions of prophecy are:-
*Finances and Economy
*Socials
*Politics
*Religion
*Science and Technology.

What are the purpose of the midnight Cry?

1). To keep the elect awake, to watch and not to sleep
2). To wake up the Wise and Foolish Christians that are sleeping, but by Divine Providence, some will not listen as they are not even listening now.
3). To call out the Wise Christians from the midst of the foolish Christians and also out of Babylon, in order to go ye out and meet their Bridegroom.
4). To release the prophetic anointing needed to make ready those that believe and understand the cry for their Bridegroom.

What Happens during the Zero hour?

Let me quote from the writings of the Latter Rain prophet, Neal Frisby...
"Nearing the Zero hour - According to the Scripts and the Scriptures, scores of events will culminate simultaneously as the age ends! As the prophet said, the end thereof shall be with a flood!" -Accordingly, the Scripts reveal a sudden surge of political, financial, social, scientific and religious changes will take place dramatic and powerful!"

These we can see this hour, numerous events happening simultaneously in the political, financial, social, scientific and religious scheme. There is a flood of events... All this is to show us that the Rapture is very close. Even though we don't know the day but by these signs we will surely know the season.

Now, in as much prophecy talks about, kings, nations and politics as a sign to the coming of the Lord, so there should be no qualms of confusion as for the reason for this kind of analysis because I believe many will say what's the importance of this kind of teaching for a Christian? Just like King Cyrus has been predestinated by God to accomplish something for Him during his reign as King of Persia, So also I strongly believe that Donald Trump is fulfilling some prophecy concerning him in this End of time. So, as the midnight cry go forth in Matthew 25, so also I'm going to be making a cry right now concerning Donald Trump and The Significance of his actions in the second coming of Jesus Christ. Let the elect and wise Christians pay close attention, because I know the foolish will not listen.

A close watch on the actions of President Donald Trump in the last two weeks of his Presidency which includes
*actions against Islamic terrorism
*actions favouring Christians
*actions favouring the poor and protecting the America people
*working well with USA enemies like Russia.
All these shows that He is fulfilling prophecy...

Now, let me quote from the revealed message Seven Thunders of the Seventh seal (Revelation 10) as written Through Neal Frisby by the inspiration of the Holy Spirit...
"UNITED STATES – A future president will be elected that shows warmth towards religion and the poor. Most of the people will love him. His deeds or the less fortunate and religion will move the people. His insight will look good. He will for awhile be able to work with our enemies better than past executives. He will be similar to J F Kennedy only wiser and friendlier. But unknowingly he will make fatal move."

Now, there is no doubt that Donald Trump has started Fulfilling this Prophecy, it is glaring he want to take American back to her Christianity root, he want to take decisions that will favour the poor and the unemployed, bringing more work into America, protecting the Americans from Islamic terrorist attack which lead to him banning Muslim refuge from entering USA. He has sign many order and he is ready to sign more, this are not just happening, he is fulfilling prophecy. You can read our last article that shows the screen shots of Donald Trump's actions in the last two weeks of his Presidency.

The question now is what will all his actions lead to in few years time? What is the significance of all Donald Trump actions in the coming of the Lord and the Rising of the Antichrist? You will have to hold on for the part 2 of this Prophetic analysis. I will also talk about a book of Prophecy that was used as a reference in this article.

BRO SAMSON JAGBORO and DOMINALTI for CHRIST!!!
at February 08, 2017
Email ThisBlogThis!Share to TwitterShare to FacebookShare to Pinterest