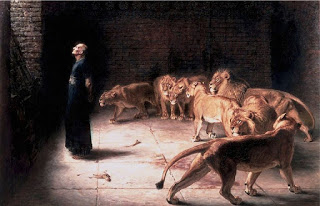 In our previous article, I started to teach on the six events that will take place during the Seventy Weeks of Daniel. As listed below, I taught on the first three events and in today teaching we shall go into the last three events.

The Fourth Event: RESTORATION OF JERUSALEM AND THE TEMPLE

The fourth event is that Jerusalem and the temple shall be restored again.
The Balfour declaration of 1916 which was speat headed by the British government out of compassion for the Jews started the restoration process of the nation of Israel.

In 1917, General Allenby proceeded to capture Jerusalem from the Muslim thurks who have already occupied the land tht belong to Israelites. This is almost 2,520 years after their scattering.

Let's see two different but similar records of what happen

1.) "The Decline of the World's War," in the second volume, when General Allenby had fought in till he hit the lines of Jerusalem, and he wired back to the King of England, and said, "I don't want to fire on the city, on the account of the sacredness of it." He said, "What shall I do?" He said, "Pray."
And he flew over it again, and when they did, they said, "Allenby's a-coming." And there were Mohammedans in there, thought he said, "Allah's a-coming." And they hoisted the white flag and surrendered, and Allenby marched into Jerusalem and took it without firing a shot, according to the prophecy (That's right.), and turned it back over to the Jews.

2.) Another similar record says What he did was that he swooped over Jerusalem in a plane and began to drop pamphlets on which his name "Allenby" was written, so that the muslims at seeing his name may surrender.
But something miraculous happened when the muslims heard the name "Allenby" they misinterpreted it to mean "Allan-De" which mans the "Son of God" (Hallelujah, God is great)
As soon as they heard Allan-De they all ran away and Allenby entered into Jerusalem without firing a shot.

You know that similar miracle happened in the book of 2 kings 7:3-7, where the Lord made the host of the Syrian to hear the noise of Chariots and horses, even the noise of a great host, whereas it was just four leprous that where going towards the war front.
Under His wings alone without any damage to His city, the eternal King brought back His own.

On Nov. 29, 1947, the United States voted to allow the creation of the state of Israel in fulfilment of Bible prophecies. In 1948, the British departed from israel and Israel became a state in May 15, 1948. The year 1947 and 1948 therefore became significant in prophecy, for israel, nations all over the world and even Christians.
Israel becoming a nation did not automatically start the 70th week of Daniel but it laid ground for the condiions that will make the fifth event which is the 70th week of Daniel to take place.

The Fifth Event: THE BUILDING OF THE TRIBULATION
TEMPLE

This fifth event is yet to take place, this is event that MUST proceed the last seven years of the the Seventy Weeks of Daniel. The reason is because during the first half this seven years,the temple worship, sacrifice and oblation by the Jews must be restored, and this will be done in their Temple. I believe it's this covenant that will give the Jews the chance to start again the temple worship that the antichrist will later stop in the second half of the covenant. This temple has to be build in the exact site of the temple of Solomon which was destroyed in 70 AD. But this site is presently occupied by the Mosque of Omar, popularly know as Al-aqsa mosque and without the building of the temple the 70th week of Daniel cannot start.

In my next analysis, I will teach about this Al-aqsa mosque and the Temple Mount, all you need to know and it's significance in this End time.

Let me chip in this recent news

"A new resolution set to be submitted by Arab nations on behalf of the Palestinians to the United Nations Educational, Scientific and Cultural Organization (UNESCO) will challenge Israel's sovereignty over the whole of the city of Jerusalem.
A draft of the resolution, obtained by Israeli officials, was quoted by the Jerusalem Post as stating that "any action taken by Israel, the Occupying Power, to impose its laws, jurisdiction, and administration on the City of Jerusalem, are illegal and therefore null and void and have no validity whatsoever."
The resolution, up for vote on May 1, was submitted by Algeria, Egypt, Lebanon, Morocco, Oman, Qatar and Sudan, on behalf of the Palestinians. It is not the first time that a UNESCO resolution has refused to recognize Israeli sovereignty over east Jerusalem, but it is the first time Arab states have challenged its rule in the city's west, the Jerusalem Post reports
The status of Jerusalem is a contentious issue in the Israeli-Palestinian conflict. The Palestinians claim East Jerusalem as the capital of their future state, while Israel has declared the entire city as its capital. Notably absent from the resolution is any mention of the flashpoint Temple Mount and the Western Wall holy sites, as they are known to Jews, or Al-Haram Al-Sharif Mosque and the Buraq Wall, as they are known to Muslims.
The Temple Mount has been the focus of several past UNESCO resolutions that have controversially denied any Jewish connections to the site. The complex is considered Judaism's holiest site, once the site of the first and second Temples, and is the third holiest to the Muslim faith. The new resolution text declares Jewish holy sites such as the Tomb of the Patriarchs in Hebron, and Rachel’s Tomb in Bethlehem as "an integral part of Palestine," but makes no mention of the Temple "
End of Quote..

Hmmmm.... Are you seeing what I'm seeing, that's a analysis for another day..... Stay tuned.

The Sixth Event: THE RISING&APPEARANCE OF THE ANTI-CHRIST AND STOPING THE SACRIFICE

The Sixth event is that, one man will come and stop the offerings and sacrifices to God in Jewish Temple after confirming the covenant with many for one week.
This man is the Antichrist. I'm going to do comprehensive teaching on this man and his prophet at the right time.

This man will appear in the last week i.e. the 70th week, the last 7 years. The covenant the man will confirm with many will appear as a peace covenant between Israel and the Arab nations but later on ot shall turn to a destructive covenant. The Scriptures call it covenant of death. But the building and restoration of the Temple worship must have come to pass just before the covenant is sign because the temple worship must be going on for a time, times and half time before the Antichrist break his covenant.

He will break the covenant, interrupt and forbids temple worship to the Living God and set himself in the temple as God. He will also bring the image of the beast and set it up in the temple of God. Jesus prophesied this in Mattew 24:15

Matthew 24:15: When ye therefore shall see the abomination
of desolation, spoken of by Daniel the prophet,
stand in the holy place, (whoso readeth, let him
understand:)

Abominatiion of desolation simply mean abomination of destruction. God's anger wil be kindled against the antichrist and His worshippers immediately he set himself and his image in the temle of God. He will bring destruction upon himself and the world which will lead to the Armageddon war and great day of the Lord spoken about in the book of Revelation.
It is very important for us to know that Rapture will take place in the middle of the 70th week i.e. the last 7 years of the Daniel seventy week, when the mark of the beast will be about to be given, without which no man will be able to buy or sell, But the good news is that We the Bride would have been raptured before that. Are you one of the Bride?
Infact who are Bride of Christ, is it all born again child of God is the Bride of Christ that shall go up in the Rapture? Meditate on Matt 25 :1-13. It's a topic for another day.

Just stay tuned, and keep reading & meditating on our articles with your Bible.

DOMINALTI for CHRIST,
On Behalf of End Time Hub!!!
at April 08, 2017
Email ThisBlogThis!Share to TwitterShare to FacebookShare to Pinterest